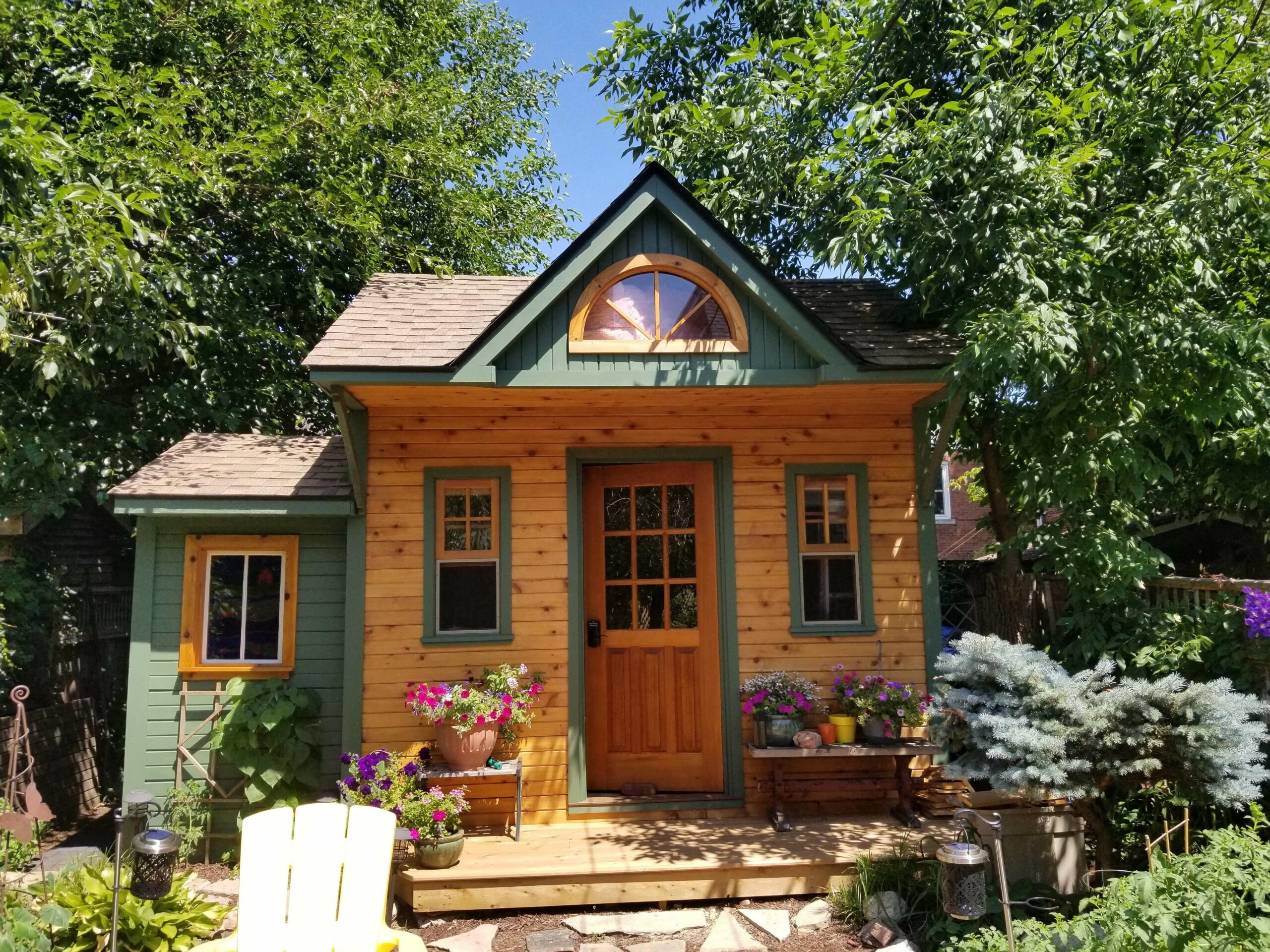 If you already have a small cabin or were recently considering getting one, this garden suite update may give you some new ideas on how to use your space.

What are Garden Suites?

A garden suite (also known as a backyard home) is a housing structure that is typically placed in the backyard of an existing lot, behind the main house. They contain their own kitchen, bathroom and bedroom – making them fully livable spaces. Garden suites are separate from the main house and are normally smaller in size. You can think of it as having one main house and one mini house on the same lot.

These suites can be used as a guest house for when family or friends stay over, or used as a rental unit for extra income.

The EOHN (Expanding Housing Options in Neighborhoods) is a City of Toronto effort that works toward expanding more low-rise housing options such as duplexes and low-rise walk-up apartments. These types of houses are already seen across Toronto but there are strict limitations on where they can be built, therefore limiting the amount of housing options for residents. The EOHN is an initiative that aims to solve this problem by increasing the amount of housing choices in Toronto.

What is the Garden Suite Toronto Update?

The Garden Suites project is one of the assignments that the City of Toronto is taking on through its EHON initiative. On Feb 2nd 2022, City Council permitted the residents of Toronto to build garden suites on residential properties, and added “Garden Suites” to the definition of “infill housing” (infill housing is the addition of a newly built home on a pre-existing lot). However, this win did not come without some turbulence.

The Toronto wide alliance – Building Better Neighborhoods – appealed the City’s Garden Suites Bylaw and Official Plan Amendment. The alliance suggested that the project planning was not clear, would destabilize Toronto communities, and would only benefit large developers. The alliance was not completely against the Garden Suites, but wanted to see more restrictions on where they could be built. They claim the legislation for the new city by-law had  ambiguous wording, and did not address the protection of existing tree and green space.

The appeal was sent to the Ontario Land Tribunal, but after months of consideration the OLT stated they did not have jurisdiction over the matter and finally dismissed the appeal.

Before City Council adopted this report, secondary suites were only permitted on properties that were next to a public lane. But now that the official plan and zoning bylaw amendments for garden suites are in place, you no longer need to be next to a public lane in order to build an additional residential unit on your property.  However, there are still some rules and regulation you should be aware if you are to take on a garden suit.

Not all properties will be suitable for a garden suite. There a a variety of factors that will dictate whether a lot can accommodate for one, a few of these factors include:

What are the Benefits?

A CBC report says “Ontario needs 1.85 million additional homes to achieve affordability by 2030”. The Canada Mortgage and Housing Corp forecasted that Ontario’s goal of building 1.5 million homes in the next 10 years will not be enough to meet the demands of our growing population.

A major benefit of the new garden suite bylaw is that it will help alleviate that stress by increasing the amount and variety of housing options available in Ontario.

How to Create Your Own Garden Suite?

Whether you are looking for a new property to rent out for extra income, a guest house for friends and family, or just some extra space, Summerwood has a wide selection of cabins that you can easily turn into your own personal garden suit.

Our prefabricated kits are easy to build with step by step instructions, and are completely customizable. With a variety of different sizes and styles you can pick one that perfectly  matches your vision.

More Posts You May Find Interesting